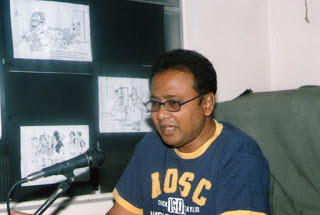 The Hindu -Metroplus July 28,2016
Celebrating Tamil theatre
- Subha J Rao
A play written in 1968 by theatre doyen Na.Muthuswamy to impress critic Venkat Swaminathan comes alive on stage for the first time, nearly half a century after it was ideated. 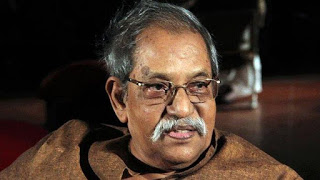 But, everything in the play is still valid, says litterateur R.P.Rajanayahem, director ( in pic). 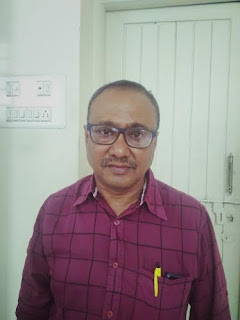 The play seeks to throw the spotlight on things that we normally shove under the carpet, such as the plight of labourers, the faceless people who keep a city in working order, and the innumerable fans of celebrities and political followers. “ It’s only here you have thonders (followers). It’s an equal system. And, what do they want? Just a smile keeps them going,” adds the director.
And while everyone has a mask on to hide their real faces, these people go faceless. “ Have you ever stopped to see the face of the man who lays tar on the road? They have no identity: one of them represents all; all of them are one,” says Rajanayahem, who has also been part of the film industry.
The play delves into the concept of metamorphosis. A goat turns into a goatherd after eating a powerful herb. “ Most of it is beyond belief, but it is possible. We speak about how knowledge must be shared by all, without withholding information.”

The play has a rhythm that Muthuswamy is known for. And so, Rajanayahem did not have to rework anything as a director. “It is about 50 minutes after rehearsals. If we edit out even a line, the meaning will change entirely,” he says. The director is well – versed with the works of Muthuswamy. He first read him as an 19 – year- old. “ I have grown in age and stature reading him.”

For the kind of scope the play has, it needed actors who would imbibe the spirit of the wriing, internlise it and understand the subtext. “ Luckily, we got actors who have the correct posture, gesture and speech,” says the director.
The play falls in the absurdist theatre category and Rajanayahem says that it will be appreciated and understood by those who read and keenly follow theatre.
How was the process of bringing alive such a feted script? It is sweet sorrow,” smiles Rajanayahem, 52. There is the delight of directing something written by a veteran, and the pressure to ensure it reaches the audience.”
However, says Rajanayahem, “even if I never direct again, I’d be happy I began my stint as theatre director with a gem as this.” 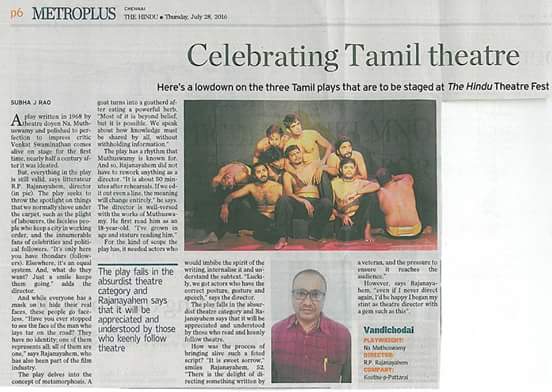